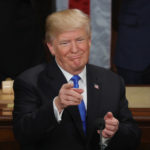 11 hours ago
Bloomberg Hammered From All Sides At Debate, Offering Little To Defend Himself

In my experience, Obamacare opponents are equally adamant about two things: that the law should and will fail; and that nobody should ever say anything mean about them.

They bristle visibly when you note — as Norm Ornstein just did — that the implementation hurdles they’ve erected amount to “sabotage.”If Obamacare were workable, they say, it would be impossible to undermine: The exchanges wouldn’t be vulnerable to the exigencies of state politics, the expansion measures wouldn’t have been vulnerable to a Supreme Court ruling that set back its coverage goals, it wouldn’t require bureaucratic confirmations or additional implementation funding — and Republicans aren’t obligated to help Democrats overcome any of these challenges.

Semantics I guess. If you’re competing for a promotion with someone in your office who can’t complete her TPS report unless you submit your Initech Quality Assurance data, and you just don’t do it, I’d say you’re sabotaging her. But that’s me.

Anyhow, I think we’ve reached the point at which even passive saboteurs have to either admit their allies have gone too far, or drop the Eddie Haskell routine and cop to their mischief.

“With the Obama administration poised for a huge public education campaign on healthcare reform, Republicans and their allies are mobilizing a counter-offensive including town hall meetings, protests and media promotions to dissuade uninsured Americans from obtaining health coverage,” Reuters reports. “‘We’re trying to make it socially acceptable to skip the exchange,’ said Dean Clancy, vice president for public policy at FreedomWorks, which boasts 6 million supporters.”

Emphasis mine. It’s bad enough to just not care all that much if the U.S. has a large uninsured population. But if there’s an excuse for encouraging people who have the means to remain uninsured, I can’t fathom it.

It almost goes without saying that this effort is being undertaken to keep younger, healthier people out of the exchanges, and send the individual insurance market into an adverse-selection “death spiral.” That would ruin the system for people who want the help Obamacare offers them. And so the campaign effectively amounts to asking people to continue putting their well-being and livelihoods at risk for the good of the cause of keeping health care for sick people unaffordable.

Who takes pride in this?