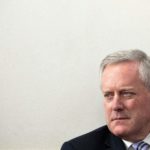 I had had a few TPM Readers send me emails questioning that big hydroxychloroquine study published by The Lancet, the one which purported to show dramatically higher mortality rates among patients who were treated with hydroxychloroquine. But the links were to sites and sources I wasn’t familiar with. And the debates about hydroxychloroquine are so vexed and often conspiracy-theory-laden that I was cautious because the study was published in one of the world’s most respected medical journals.

But now it seems clear the questions about the study are real and being taken up by a range of researchers and clinicians around the world. Here’s one write up in The Guardian from Wednesday. And here’s another in the Times from yesterday.

There are a few layers of questions that have been raised about the study. But the key one is that the study purports to analyze a vast database of COVID patients from hundreds of hospitals around the world. The database, though, is a bit of a black box and is owned by a private company, Surgisphere, which many or most people in the field had not heard of before. For proprietary and privacy reasons, Surgisphere keeps the identities of the patients and the hospitals confidential. One of the studies authors, Dr. Sapan S. Desai, is the owner and founder of Surgisphere. What has made these more than questions about review-ability and transparency is that some of the data cited in the study don’t appear to square with data from public health authorities in the countries in question. Australia is one of those countries.

All of this is way beyond my ability to litigate. Suffice it to say that the questions about this study are real. They go beyond researchers’ disputes about how to organize studies or how to interpret data and to much more serious questions about whether the data is even real.

There is a significant number of other studies that show little evidence that hydroxychloroquine has any therapeutic value in treating COVID and can cause dangerous heart arrhythmias. In other words, there is other evidence beyond this study that this drug isn’t effective against COVID and can have serious side effects.

One final point. I’ve had a number of people suggest to me that the studies we’re seeing are almost all dealing with people who are already severely ill. They say it’s a separate question whether this drug may be effective at preventing mild cases of escalating to moderate cases degenerating even further into severe cases. I can’t speak to this. We’ll wait for more data.